Pair your projector with a dnp optical projection screen and get up to 2 times more brightness and up to 7 times more image contrast compared to a white screen. 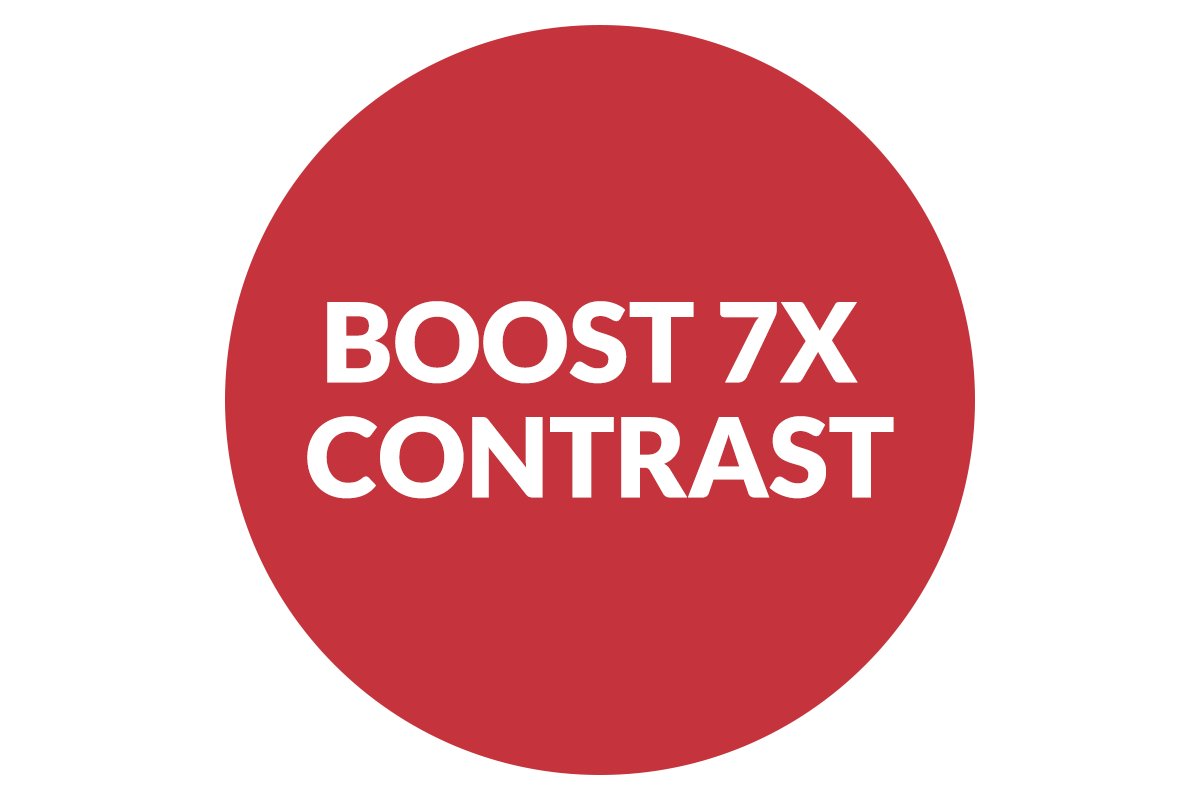 With an optical dnp Supernova Screen in front of your projector, the image can be twice as bright and the contrast up to seven times higher than with a standard white screen. Thanks to this extra screen performance you can project high quality images without having to darken the room – or you can use a less expensive lower lumens projector to obtain the same contrast level as using a more expensive higher lumens projector with a standard white screen.

Until recently, projection on big screens was only possible in a darkened room. Now, thanks to dnp denmarks optical screens and the unique contrast-enhancement technology, you can project high-quality images in brightly lit environments.

Empirical studies show that for a viewer to be able to see detailed information clearly, the minimum acceptable image contrast is 15:1, which is also the industry standard requirement for meeting rooms. In a bright meeting room, a conventional front projection screen produces an image that looks pale and washed out. An optical screen, however, will give you brighter whites, deeper blacks and more vivid colours.

dnp optical screens are compatible for alle standard throw projectors. The following 3000-6000 lumens projectors should be paired with a dnp Supernova screen to enhance contrast:

The projector market is constantly on the move. If you want to know if a projector that is not on the list fits a dnp Supernova screen please contact our sales staff.